I released a new version of Super, a lightweight admin framework for Rails. I focused on improving the filtering feature; it’s now more powerful and easier to customize.

After almost two years of development, I’m happy to say that this release is the first beta towards a stable v1.0 release. I’ve been using Super in several apps now, so I can comfortably say that upcoming releases shouldn’t break the public API, only add to it. But I’ll clearly note all deprecations and breaking changes in the CHANGELOG if it does happen.

Comparison to other admin frameworks

Here are my very subjective thoughts comparing Super to two of the admin frameworks I’ve used the most. 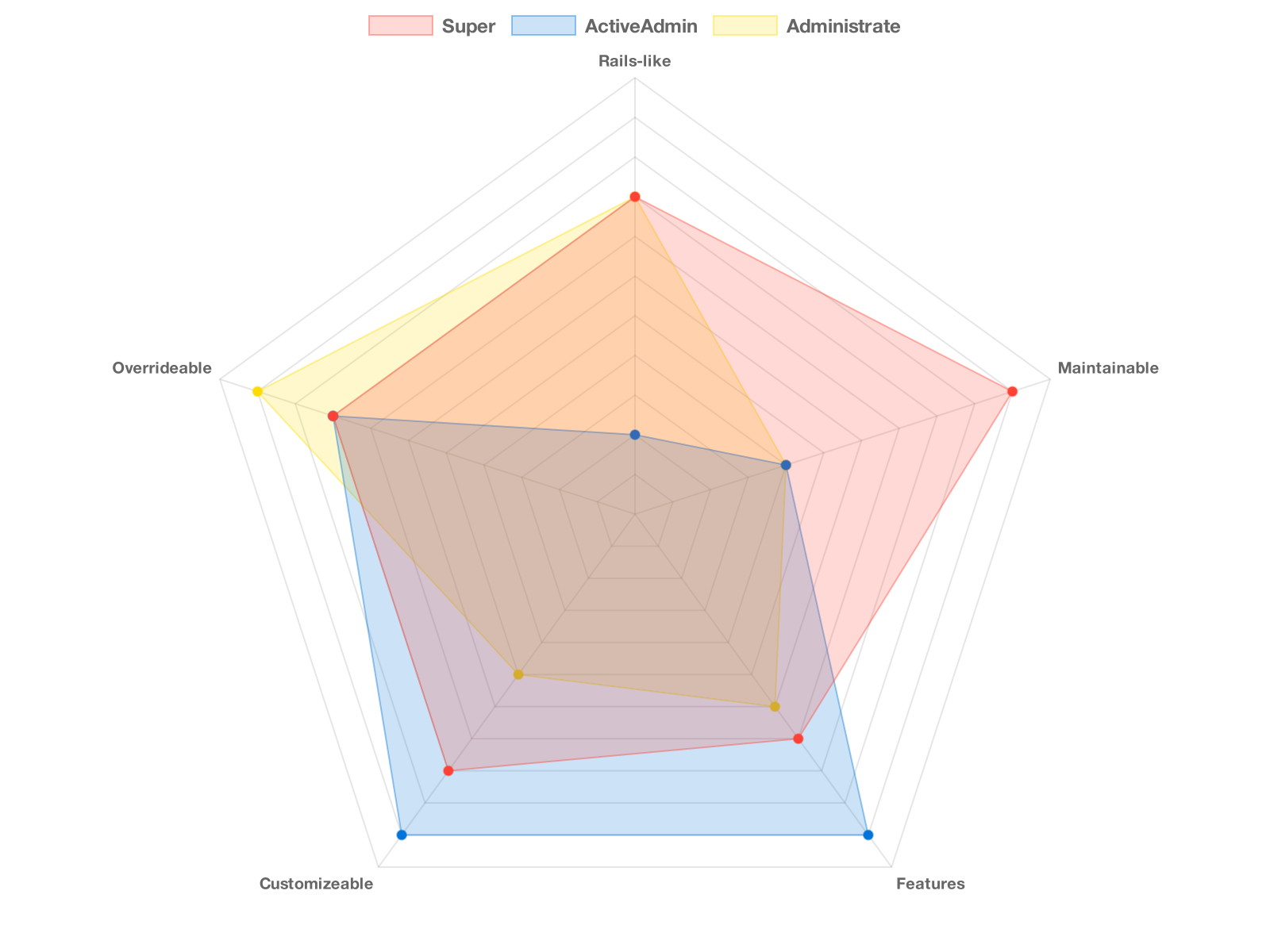 I built Super because I wanted ActiveAdmin’s features but without the DSL nor the dependencies. Reducing dependencies was important to me because, from experience, one of the hardest parts of keeping your app updated is keeping your direct and transitive dependencies working nicely with each other.

If Super isn’t the right fit for you, I’d generally recommend picking ActiveAdmin for its many features and large community.

A lot! I have a long list of features and improvements I’d like to add. But I’m going to prioritize writing more documentation and updating the demo to be a little more realistic.